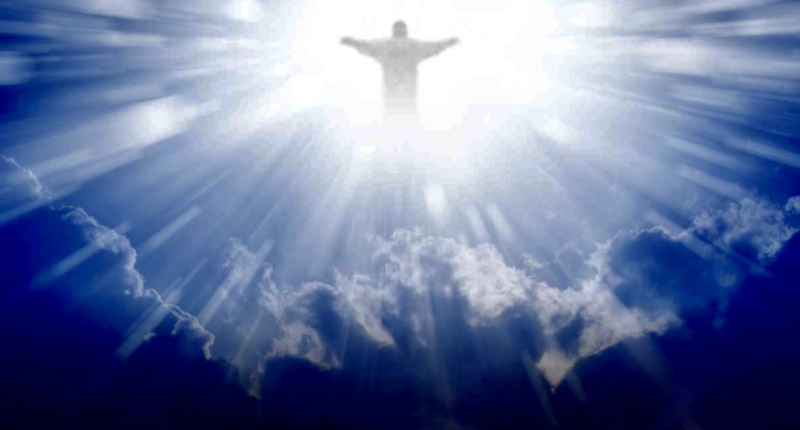 To the one who examines the evidence, there can be no doubt that God exists. Every building has a builder. Everything made has a maker. The fact of the existence of the Creator is axiomatic (self-evident).

That is why the Bible says, “The fool said in his heart, ‘There is no God,” (Psalm 14:1). The professing Atheist denies the common sense given to him by God, and defends his belief by thinking that the question “Who made God?” Cannot be answered. This, he thinks, gives him license to deny the existence of God.

The question of who made God can be answered by simply looking at space and asking, “Does space have an end?” Obviously it doesn’t. If there is a brick wall with “The End” written on it, the question arises, “What is behind the brick wall?” We can question things all we want and believe (have faith) that space has no beginning or end. The same applies to God. He has no beginning and no end. He is eternal.

The Bible tells us that time is a dimension that God created into which man is placed, and subjected too.

By a God, “Who has saved us and called us with a holy calling, not according to our works, but according to His own purpose and grace which was given to us in Christ Jesus before time began,” (2 Timothy 1:9)

“in hope of eternal life which God, who cannot lie, promised before time began,” (Titus 1:2).

The Bible even tells us that one day time will no longer exist. That is called “eternity.” For “Only” God Himself dwells outside of the dimension He created. That’s why the Bible is full of prophecies that have been fulfilled regarding Jesus, and events. There is no other Book in the world in a faith that was written by it’s God (for it’s worshippers) that contain prophesies that were fulfilled. Why?

Because our Creator/Builder is the “real God.” There is no other God but Him, and guess what? He is alive and can never die! God is not limited by time or space, and has watched mankind throughout centuries to see the heart that is open to Him. A person God can then make Himself known too, and give the ability to live for eternity with Him. Only God can move through time like a man flips through a history book.

Because we live in the dimension of time, logic, and reason, it demands that everything must have a beginning, and an end. Our limited “reality” demands it, for it’s the only means we understand. Think about watching a movie that begins but never ends, (although the movie Rocky comes close.) How boring it would become?
Now think about reading a book that never ends. We would soon tire in reading it because every good story has a great ending. Right?

Well God has a story too, and spoke history before it came into being, and recorded it all in the Bible. God chose (before they were born) 40 different men over a period of 2000 years to write the books we have today in our Bible. Men, whom God empowered by His Spirit that recorded what God told them to write. In how the earth and humanity began, and in how it will one day end. In a supernatural book that reveals to us the beginning and the end of all things in a way we can understand.

“All the host of heaven shall be dissolved, And the heavens shall be rolled up like a scroll;All their host shall fall down as the leaf falls from the vine, and as fruit falling from a fig tree” (Isaiah 34:4).

God, on the other hand, is not material. The Bible states that He is “Spirit” see (John 4:24). He is the essence of life itself, the Creator of life, and is invisible (as is “life.”) God is immortal (not touched by death), He is infinite and eternal (no beginning or end). He exists outside the dimension of time which He created.

“For thus says the Lord, Who created the heavens, Who is God, Who formed the earth and made it, Who has established it, Who did not creat it in vain, (like a builder God had a plan), Who formed it to be inhabited: “I am the Lord, and there is no other.” (Isaiah 45:18)

“Before the mountains were brought forth, Or ever You had formed the earth and the world, Even from everlasting to everlasting, You are God.” (Psalm 90:2)

There is no question in whether or not God exists. The question is rather, will you have the open heart towards God to find that truth out for yourself?