Home Archives Profile Subscribe
Defend The Bible?
Whose Your Daddy?

Jesus is our Parachute! 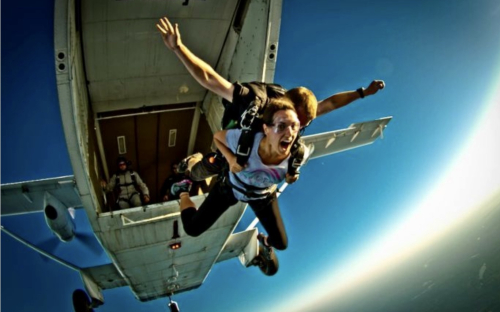 For a parent to teach their child that it’s a choice to believe in the Laws of “The Living God” come with great consequences. For in their defense they profess to be wise and loving, while teaching that it’s “love” in giving a child the choice to believe or reject the moral laws of God.

For what is taught - is that there are no consequences if they chose to break God’s Moral Laws. A good example is like the parent who allows their child on a plane that travels up to 40,000 feet. Once altitude is reached a door is opened, and the child is given a choice to either jump without a parachute or to strap-on a parachute? Either way, and regardless of what the child is taught to believe - the Laws of gravity will soon have an impact on the child’s life.

For “The Living God” created the Laws of gravity just as He created the Moral Laws. If we choose to break any of them it will have a major impact on our life.

For a child to be taught that it’s a “choice” to transgress the Law of gravity will die. The primary reason he died was because he broke the “Law of gravity.”

The Law of gravity cannot be removed nor can any of God’s Laws!

Jesus came to remove the negative outcome that breaking God’s Law caused for humanity. Those who choose to believe in Him are then able to strap-on a parachute; that will not only save their life, but their soul.

One cannot transgress the laws of God to expect a positive outcome. And the parent who teaches their child that they can exposes themselves in how much they truly love their child.

A loving parent will teach their child to put-on their parachute! Jesus Christ is that parachute. (Romans 6:23;Romans 13:14)

Those who suffer the full consequences for his sin has broken Gods Law. Sin is not “failing” to believe in Jesus. Sin is “transgression of the Law.” (1 John 3:4)

For up against God’s Laws the “fool” is always exposed. And those who believe that the laws of God is a “choice” to obey are free to do so - until they, like gravity - meet God’s truth. 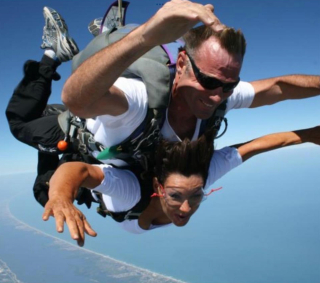