With Jesus Comes “The Holy Spirit” 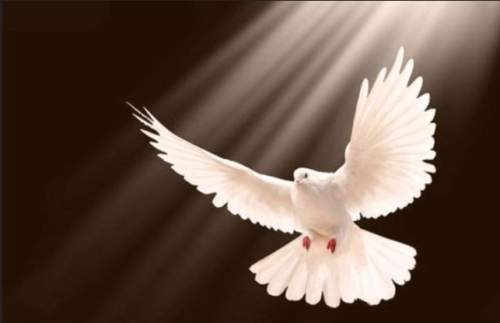 There is a great connection between Adam and Jesus. For when Adam was created God breathed the Spirit of life into him which provided the means in which Adam could live. During that time as Adam walked with God he was given the great privilege in being involved to name everything God had created. Adams spiritual walk with The Lord was perfect however, God wanted to give Adam a “choice” to trust Him by following His Word that was given to keep Adam and Eve safe. 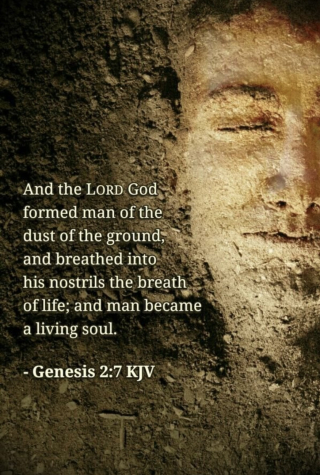 Then one-day Adam chose to believe a lie about the fruit from the “one tree” God had warned Adam and Eve to stay away from. A tree and it’s (forbidden fruit) that Satan used to lure them to sin against God.

Upon their disobedience came spiritual death, and the separation from God for the rest of their lives. Since that time humanity has wrestled with God until the time when God would begin the process in which He would come into the world to remove the penalty for sin. This was accomplished when Jesus was born in Bethlehem.

The Law’s of God given to Moses requires that a man from the tribe of Levi, who is to serve as a Priest, that before then, he was to first serve at his local Temple until the age of Thirty years. After then, the man could become a Priest for the Temple in Jerusalem. (Numbers 4:3)

Jesus worked and lived until the time He turned thirty years old, at which time he went to the Jordan River and was baptized by His cousin John. The date of Jesus birthday remained unknown because the Jews did not celebrate birthdays. So it’s safe to say that the date chosen by the Catholic Church is clearly false.

Upon rising up out of the water there appeared a Dove like spirit flying down from heaven that came to rest on Jesus. In that moment the Father spoke from Heaven, confirming who Jesus is to those who loved God that day.

Afterward, Jesus was led to the desert where The Father prepared Him for his ministry that would (after three years) end in His death and resurrection.

During the time of the Old Testament God worked on the outside of fallen humanity. God would chose overtime, certain men and women He would work through to give His Holy Spirit too for direction, warning, and to bring judgement to His people if they turned away from Him.

With Jesus, God took on flesh to walk amongst His people, and after His death and resurrection, And (prior to His ascension into Heaven) Jesus breathed the Holy Spirit onto his disciples. God “Spiritually” began to “power-up” His Spirit in men and prepare Jesus’s disciples for the next phase in God’s redemption plan to save the lost. For those the Father draws to His Son, Jesus, will be born-again spiritually, and saved. (John 20:22)

Something that was lost in the garden when Adam and Eve rebelled against God.

Then on Pentecost, after Jesus was seated beside the Father (John 16:7) was when the Holy Spirit was sent to all the ones in the upper room in Jerusalem. That day the “Church of Christ” was born on earth, and was empowered by the Spirit of God and over three thousand were saved and added to the church that day. 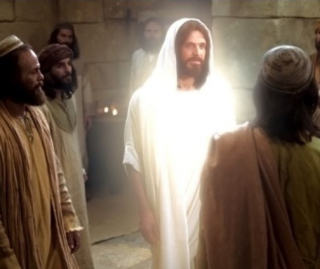 The first seed of humanity began with Adam’s race that received the breath of God (Genesis 2:7), but the “last Adam” began with the breath of God in Christ. The first man had been formed from the dust of the ground, and when the Lord God breathed into his nostrils the breath of life, he became a “living being,” but Christ was made a “life-giving” spirit. (1 Corinthians 15:45)

Jesus picked up fallen dust from the ground of Israel, shaped them for three years, and now He breathed life into them, as He did in Genesis with the dust He formed into Adam’s body. It was but a gentle breath at conception, which became a rushing mighty wind on the Day of Pentecost (Acts 2:2), and caused the living Body of Christ to stand on its feet on earth.

By Adam, came the loss of The Holy Spirit. By Jesus (second Adam) came the return of the Holy Spirit to those who place their life and heart into Christs hands to save. 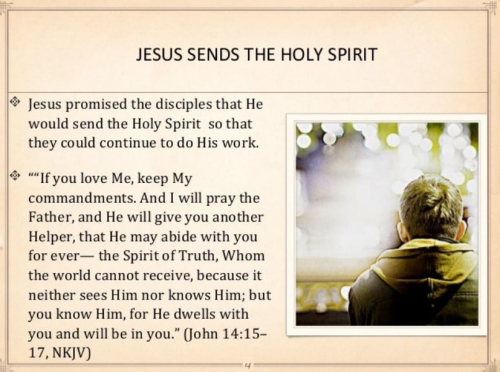