Home Archives Profile Subscribe
Woe To The Preachers and The Teachers!
Does God Hear Our Prayer?

The Power of The Written Word!

The power of words are powerful both spoken and especially, when they are written. In the picture on the Billboard it was intended by the author in a message given by one word upon another. We however, have been taught living in a country west of Jerusalem, to read a sentence reading left to right. Doing so, with the billboard words reveals an entirely different message. But once we read the words in the intent of the author which (goes against what we were taught) are we able to understand a different message that’s not only comforting, but gives to us encouragement.

The traditional message (way to read) is not encouraging, nor is it comforting. There is a huge difference in the spirit of the message and what is received from its interpretation.

It’s in this example that I use regarding the written word of God, “the Bible.” For unless you know the author (who is Spirit) will you fully understand God’s written Word. Until then, there will be great misunderstanding in the mind that is not touched by the mind of Christ spiritually. For the ungenerated mind is in rebellion against God, and takes offense because their hearts are not right with God, nor open to Him. For the carnal mind can only understand the Bible from a world view, as their mind is blinded from God’s message by an author that comes from Divine origins. For the mindset within the fallen nature can only perceive the things of the flesh, and come away with a understanding that’s negative, and false. Questioning God’s truth the way that Satan taught in the Garden to do.

Something that changes once we are born again and are saved by Jesus. For it’s only then that we can begin to personally know “the author” behind the Bible message, and “understand” His meaning. For the believer is given (God’s Spirit) that unlocks His Word. Only then, can we understand the Bible and it’s intended spiritual message that is intended for those who Love God from their heart, and sincerely desire to know Him and the truth to life. For God is “Spirit” therefore, so is His Word. (John 4:23-24) 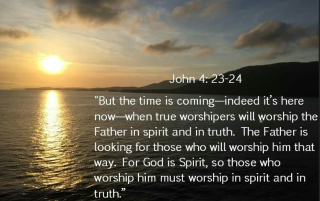 No mere man has the intelligence nor ability to achieve that goal. Only an intelligent and powerful “Being” that lives outside our dimension could create the direction of the written word that points in the direction of His Temple according to its location to Jerusalem. For it was God alone, who created ALL the languages of the world which exposes the Evolution Theory for the lie that it is.

The power of God’s word changes lives! In words that come from divine origins. For in such there is no comparison, as what man writes passes away. God’s Word will never pass away as it’s alive today through the life of Jesus Christ.

God’s Word became flesh and dwelt among us in the life of Jesus Christ of Nazareth.
(John 1:14)

Today each person born into this world has a choice in the message they believe. From their choice will come the ability to obtain wisdom, and truth, or the choice to be deceived, by embracing Satans lies. For what happened in the garden still happens today. One choice leads away from the living God, and the other choice leads too God, and in the connection (spiritually) to truth that leads to life.

Jesus said that those of the world cannot see spiritually (Matthew 13:13). For it’s from the heart that God opens spiritual sight to “see” Jesus, and gives the ability to know Him to believe. (Ephesians 1:18)

Until that happens a person will not understand the Bible or it’s message. The Scriptures tell us that the “natural man” cannot understand the things of the Spirit of God. Most Americans would find it difficult to understand the Chinese language. However, a child born into a Chinese family can understand every word. That’s why you must be born again with God’s Spirit living within you (John 3:3). The moment you become part of God’s family, the Bible will begin to make sense and it’s message then feeds your soul and your mind.

Satan blinds the minds of people in the world, and he is called the god of the unbelieving world in which we all are born into, (2 Corinthians 4:3,4). Satan does not want anyone to believe in Jesus, and in knowing the truth to life, and death. Which is why there are so many false religions that lure many into the belief in that which is false, or teaches half truths from the Bible which keeps many away from the real God, and from knowing the full truth that leads to Salvation.

Therefore, choose wisely the message you believe for the result will affect your life today, as well as seal your destiny in Heaven or Hell after death forever!

There is only one “truth” and message that leads to God and life!

It is my prayer that you know which one that is - to then embrace it with your heart.

Posted at 11:09 AM in Finding the answers to life, Life | Permalink