Never Assume God is With You - Know That He is!

The Bible scene in the Gospel of Luke where Jesus is left behind for three days comes with more insights from the story that can be easily overlooked. Before I go into those insights lets first look at the scene in Luke 2, for clear understanding.

For it says that Jesus’s parents went to Jerusalem every year at the Feast of the Passover. And when He was twelve years old, they went up to Jerusalem according to the custom of the feast. When they had finished the days, as they returned, the Boy Jesus lingered behind in Jerusalem. And Joseph and his mother did not know it; but supposed Him to have been in the company, they went a days journey, and sought Him among their relatives and acquaintances.

They did not find Him, so they returned to Jerusalem, seeking Him. Now so it was after three days they found Him in the temple, sitting in the midst of the teachers, both listening to them and asking questions. And all who heard Him were astonished at His understanding and answers. So when they saw Him, they were amazed; and His mother said to Him, "Son, why have you done this to us? Look, Your father and I have sought You anxiously." 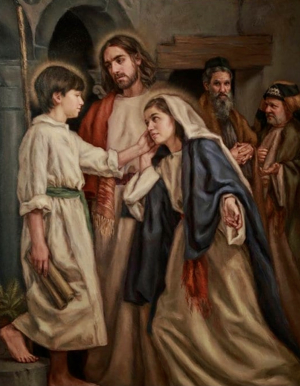 Jesus asked, “Why did you seek Me? Did you not know that I must be about My Father’s business?” They did not understand the statement which He spoke to them.
Then He went down with them and came to Nazareth, and was subject to them,… And Jesus increased in wisdom and stature, and in favor with God and men.
- Luke 2:41-52

This biblical incident is a favorite among skeptics, as they try to find fault with Jesus. Their accusation is that Jesus dishonored His parents by staying behind in Jerusalem, when they were traveling back to Nazareth. Therefore, He was in violation of the Fifth Commandment.
Of course, the charge is completely unfounded, we are told that His parents left Jerusalem assuming Him to have been in the company of the people they were traveling with. But Jesus wasn't with them, and so Joseph and Mary went back to Jerusalem and after three days found Jesus teaching inside the Temple. They asked Him why has He done this to them? And Jesus replied, "He was about His fathers business." Any responsible parents would never leave a city "supposing" that their twelve year-old was with them. That was poor parenting, not disobedience.

Today more than ever parents need to seek the safety of their children, and to never assume anything regarding their care. For there is nothing worse than a parent who fails to parent properly and to then blame their child for their mistake.

For assuredly, God will hold that parent accountable if they do not seek Him for forgiveness, and wisdom.

For God seeks the well-being for those who love Him, and parents, need to be applying that same kind of love and protection to their children. The children from God that He places under their care, and influence.
“But whoever causes one of these little ones who believe in me to fall away - it would be better for him if a heavy millstone were hung around his neck and he were drowned in the depths of the sea.”
-Matthew 18:6

Another spiritual insight from Luke 2:44 - “But supposing Him to have been in their company,"... Assuming God is with us.

Multitudes sit in churches "supposing" that Jesus is with them, but they don't (in truth) know Him. For Jesus said, "Not every one that says to me, Lord, Lord, shall enter into the kingdom of heaven; but he that doth the will of my Father which is in heaven.” - Matthew 7:21-23

Many are false coverts who will be sorted out on Judgment Day. They have never obeyed the command to repent and trust in their Savior. That's disobedience.

The world is filled with people who, like Mary and Joseph, suppose that God is with them. For many, God is nothing but a divine butler, who is expected to come running when they want something to be done. Such is the trail that often leads to atheism. 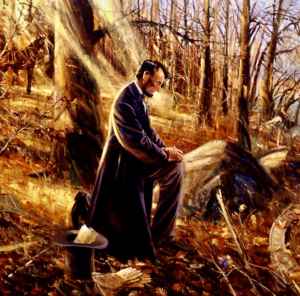 The soil of history is stained in the blood that tyrants have shed, because they "assumed" that their holy war had divine favor. When Abraham Lincoln heard someone say he hoped the Lord was on the Union's side, the president responded, "I am not at all concerned about that, for I know that the Lord is always on the side of the right. But it is my constant anxiety and prayer that I and this nation should be on the Lord’s side." Abraham Lincoln

Mary and Joseph had the supposition that Jesus was with them - But they were wrong. Let's not make the same mistake in the protection of our children and our eternal souls. Make sure the God you say you know - is the same God that knows you! For many serve the god of this world and will not know it until it’s to late.
“In who the god of this world has blinded the minds of the unbelieving so that they will not see the light of the gospel of the glory of Christ, who is the image of God.” - 2 Corinthians 4:4

Dedicate time each-day to the study of His Word and pray for the things you feel you lack in your faith and connection to God. When you humble yourself, and draw closer to Christ, He will draw closer to you and then you will never need to assume if He is with you.

The hymn by Charles Wesley conveys the wonder of God’s desire to have fellowship with us. The God who created us has not abandoned us to grope blindly through life. He has provided, at great expense, all that we need for life and in living a godly life. The only Living God is our personal Creator, and He wants to be our Shepherd who protects and provides for us. 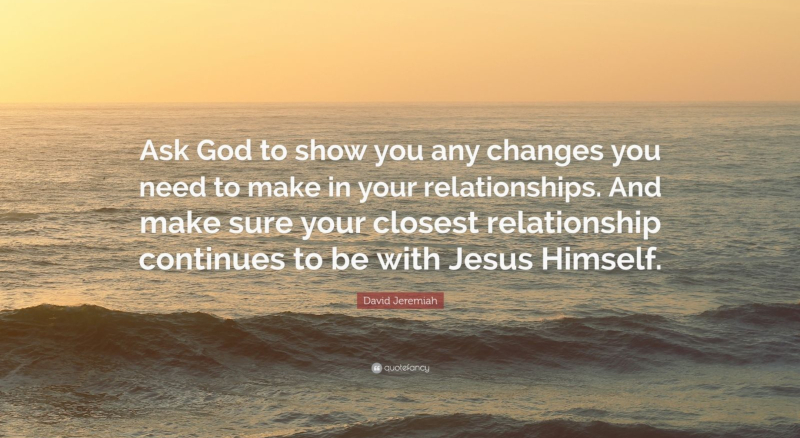